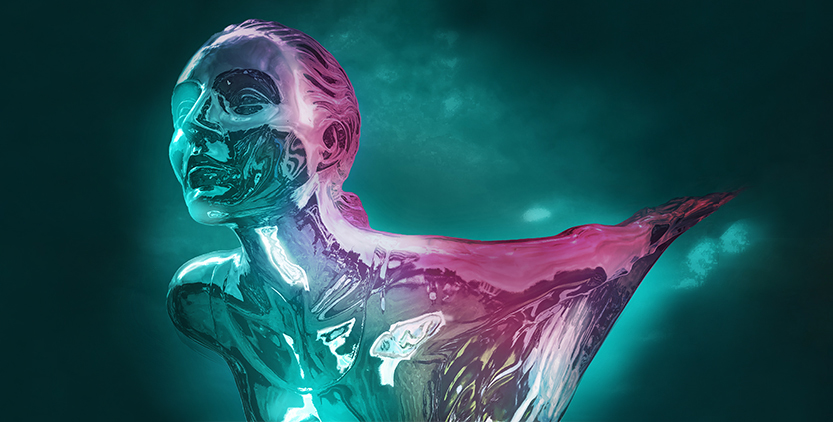 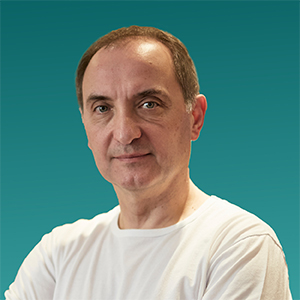 Sometimes it seems the world of traditional businesses is from Mars, in the Old Roman sense of the domain of the god of war.

So many traditional companies are dominated by older (or, when they think they are innovative, middle-aged) men in uniform suits. They are soldiers who often run hierarchical companies ruled by obedience, and sometimes fear. Their notion of unity is that of an army platoon. It is hierarchical, directive, even imposing, and full of the 'alpha' hero attitude that is always in search of that 'one thing', the 'silver bullet, the ultimate certainty. Risk appetite is very low, change is a bug that must be purged out of the system. Transformation is a mythical final destination, not an ongoing journey.

Digital space, and businesses that thrive in it, are different. In so many ways, to be REALLY successful in the digital world, especially in continuously transforming one's company and managing a much more diverse and hybrid talent of the new generations of employees, businesses have to be based on phycological traits and behaviours that are more often associated with the female mind.

In other words, if the traditional business is from Mars, the digital one is from Venus.

I can attest to this with my own experience, during my tenure at Google. The culture in one of the world's most desirable companies to work in is such that a very small percentage of those who leave it go back to any 'traditional' company. The drop is, simply, too huge! Instead, most of the leavers set up their own shop, move to a company with a similar culture (almost always hugely digital...) or, like me, go and do something completely different.

To be successful in the diverse, constantly shifting VUCA modern business world, to create what evolutionary biologists call 'survival fitness' - which is just another name for constant adaptability - one needs a different mindframe, different from the inflexible alpha masculinity worldview of the old. We need a more feminine way of thinking, and this is not just a trite phrase used to superficially leech the latest cultural trends and play the 'woke' card. There is money to be made by having a more female perspective on how to organise a modern and future-proof business.

Here are some of the most important new empathic, inclusive and relational traits without which it is nearly impossible to build a sustainable business for the digital times, in the way it thinks, behaves, talks and treats both its clients and employees. Most importantly, in the ways it goes about to constantly transforms itself.

In running a company, especially a more advanced one that employs a lot of highly expert, creative, or younger people, the old ways of leading by the cult of personality of the leader, in a directive and inflexible ways, is a sure sign of reduced digital fitness. The wretched HIPPOO phenomenon (Highest Paid Person in the Office with an Opinion) is one symptom of that. Or, as the Google people used to say, 'sacred cows make for the best hamburgers'. Nobody is as clever as all of us.

Transformational efforts require the organic co-operation of multiple teams and talents, people of different perspectives and experiences and trying to bend them by force is doomed to fail. It is a question of culture, which - to paraphrase Peter Drucker - eats strategies, processes and good intentions for breakfast. Digital transformations are Great Dialogues: between us in the company and between a company and its various external stakeholders, of which clients and customers rule.

Dialogue is even more important in transforming a marketing function. Take brand communications for example: in the new digitised media space, the old 'glamorous monologue' of traditional advertising (in the words of my former Lexus client), the 'interruption' model of the old, just doesn't cut it anymore. The effectiveness studies and the rise of the so called 'Content' paradigm show that clearly. Businesses that do not listen and react to their consumers, often in real time, are not fit for the future. This requires quite radical transformations in how teams are organised, skillsets they employ, processes to generate consistent client experience across the customer journey and technology to power all of that.

Dialogue, constant exchange of information, opinions and ideas (again, what the Silicon Valley calls 'fishfooding' and 'dogfooding') tends to be viewed as more of the 'feminine' characteristic, often opposed to the 'control & command' one-flow masculine one.

Digital space and digitised business is just too complex to be fully grasped by one person, one team or even one company. Smart digital businesses people and companies build coalitions with complementary skillsets and partners in order to seize the opportunities hiding in this more complex business universe. And, again, Google has a phrase for that: 'thriving in chaos', one of the key recruitment characteristics.

Delivering on projects in the digital space is always an exercise in diplomacy and relationship skills as the number of moving parts and delivery dependencies (often associated with strong expert or neurodiverse personalities and mental traits) is high. As yet another Silicon Valley mantra often states, 'the unit of delivery is a team'. No one is an island in the modern tech-powered business space.

Both of the above are impossible without what is considered the ultimate feminine trait: the skills of listening to the other side and putting us in their shoes. To draw on my Google experience again, one of the internal mantras is that 'we have two ears and one mouth for a reason'. Empathy is also embedded in Design Thinking, one of the most prominent approaches for developing modern business and transformation strategies.

There is another side to it, too: the shift towards 'Post-Heroic Leadership'. Management of the post-industrial talent requires different approaches, not based on the alpha masculinity archetypes, but ones that are based on collaboration, nurturing and psychological safety, people development, recognition of neurodiversity and leadership as a 'service' to employees. Otherwise, best talent will go elsewhere (again, my Google experience).

The currently prevailing psychological model for defining human personality is the so called 'Big 5' (or OCEAN) model. It consists of five big groups of traits (each consisting of 4-5 others). This is what clever companies use these days to profile their teams and key executives and bring balance to their decision making and organisational efforts.

Interestingly, it seems that women index higher on some of these characteristics that are critical for being adaptive in the modern digital world. A study of gender differences in 55 nations using the Big Five Inventory found that women tended to be somewhat higher than men in extraversion, agreeableness and conscientiousness (but also in neuroticism, likely as the consequence of cultural pressures and prejudices).

Gender differences in personality traits are largest in prosperous, healthy, and more gender-egalitarian nations. The explanation for this given by the researchers is that acts by women in individualistic, egalitarian countries are more likely to be attributed to their personality, rather than being attributed to ascribed gender roles within collectivist, traditional countries. The authors also speculated that due to different evolutionary pressures, men may have evolved to be more risk taking and socially dominant, whereas women evolved to be more cautious and nurturing.

Sense of mission and a nurturing frame of mind

On that last point, modern businesses, in order to be successful long-term, have to be built around a clear mission and purpose, above and beyond just short-term profit hunting. This is especially important in the new sustainable world and with the new younger consumer cohorts who require that sustainability and more ethical approach to the society and the environment are built into the products and services, instead of just being talked about in various 'greenwash' CSR campaigns. This requires a longer-term, nurturing frame of mind, not just short-term aggressive focus on generating quarterly targets.

What is all of this telling us? Is there a management model that incorporates all of these traits into a cohesive framework of practical effective behaviours, above and beyond 'fluffy' and 'charitable' notions so beloved by the new 'snowflake' generations? (again, as defined by the old executive minds)

Actually, there is and is called Post-Heroic Leadership. It is THE paradigm discussed whenever working and leading in the new VUCA world is concerned. (For those interested in a great introduction to the subject, the eponymous book by Prof. Miha Skerlavaj from the School of Economy and Business in Ljubljana is the place to start).

What is Post-Heroic Leadership (PHL)?

As I said above, the modern world is too complex for one mind to grasp it fully, despite the richness of data resources at our disposal. Because it is not the quantity of data that we have, but how we use it to make decisions. For that, we need a combination of the approaches above.

PHL is more inclusive, psychologically safe and responsive than the old hierarchical models of leading. It has emerged as the answer for managing not just the complexities of the modern markets and technologies, but also new generations of employees who have grown up in such a world. They have largely different notions of authority, credibility, incentives and teamwork than the previous generations. They don't want a commander above them, but a nurturing mentor and freedom to do what they are good at (otherwise, why would you give them a job?).

Luckily, many leading and innovative businesses have started recognising all of this. The latest 'Female FTSE Board Report 2022' by the Cranfield School of Management, confirms as much. The percentage of women on FTSE 100 boards is now 40% and 39% for FTSE 250. There is a reason for it, above and beyond a good PR picture it projects. Women bring new value - and values - to companies.

Think of that next time when you are planning your digital transformation.

** Lazar Dzamic is a former head of Brand Strategy for Google Zoo (NACE) in London, Associate Professor at Business School Lausanne (BSL) and associate lecturer at School of Economics and Business in Ljubljana, PwC's Mini MBA Academy and Goldsmiths University in London.

More in this series

Listen to our podcast

Your subscription to our newsletter has been confirmed.

Thank you for subscribing!